The artificial putting green at Silvermere is made from a high specification nylon material, offering a much truer pace for putting practice.  Sand is worked into the nylon fibres to provide a realistic look but most importantly a pure putting experience. This facility is also floodlit, allowing you to practice late in to the evening. And what is better, it’s completely free of charge to use. 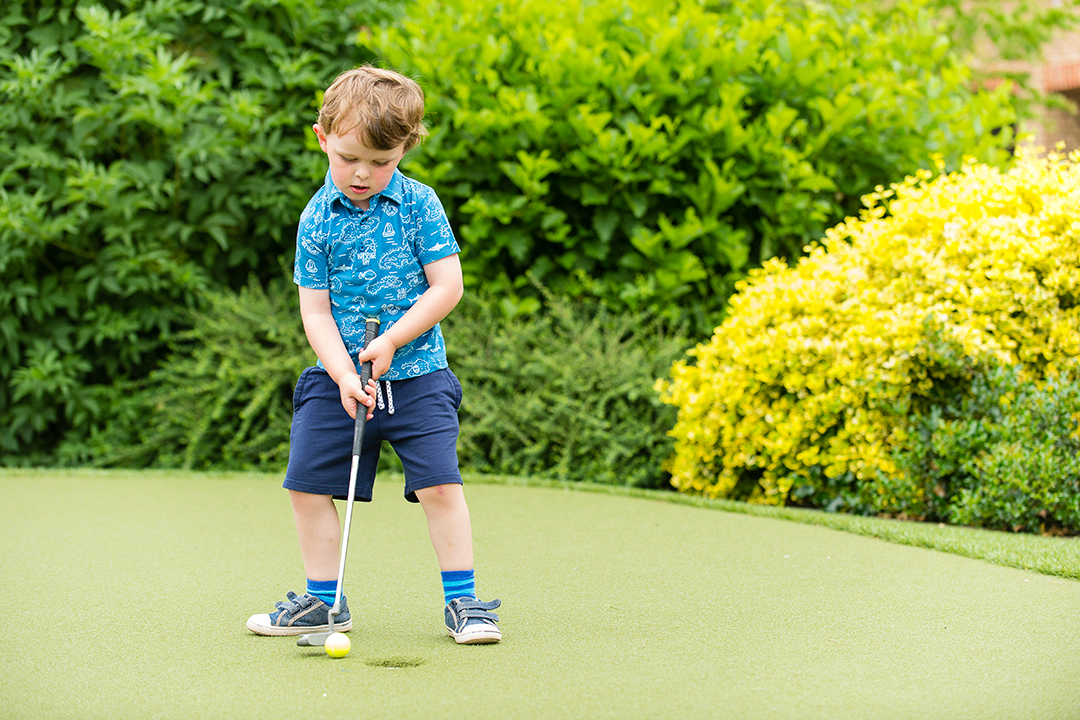 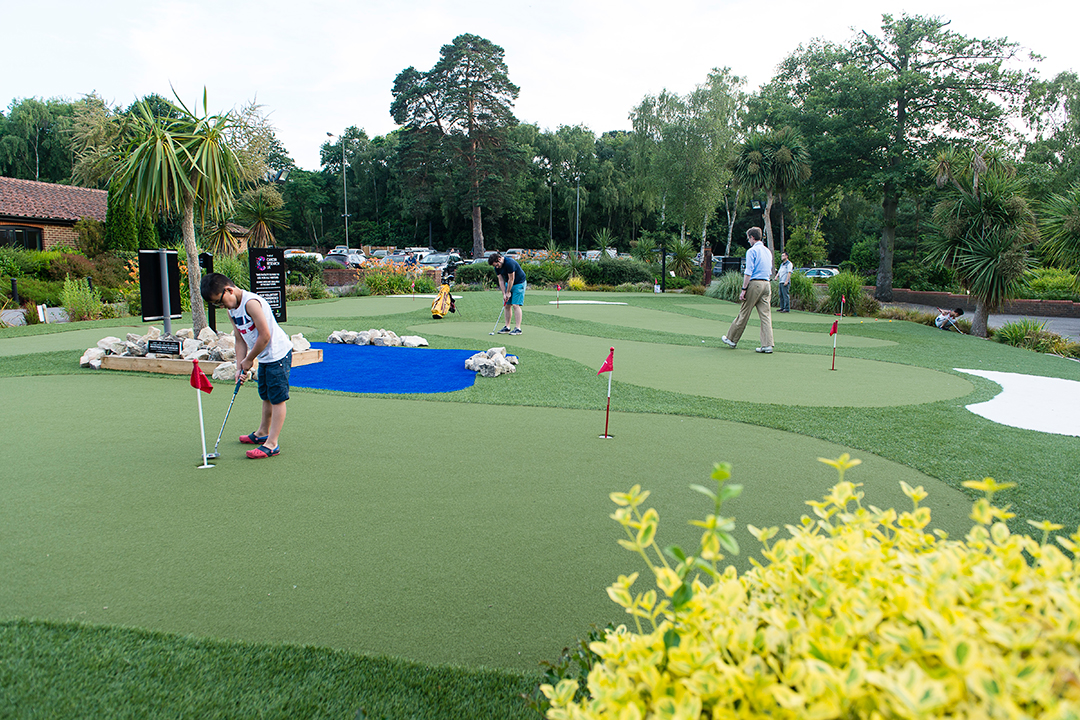 As a facility we have made a decision to use this investment as an opportunity to raise funds for a selected charity and as of 1st August 2019 we are supporting The Giant Pledge who are raising vital funds for the Royal Marsden Cancer Charity.

If you like the facility, we encourage visitors to make a contribution in the donation post on the putting green, will recommend a voluntary £1 donation.

We’re please to say we collected £505 from the collection pots in February 2022 towards George and the Giant Pledge, in support of The Royal Marsden Cancer Charity.

Find out more about The Giant Pledge

Putting green fundraising update: Thank you everyone who has donated so far, we are delighted to announce we have raised £3441.00 for CRUK.

As of 1st August 2019 we are supporting The Giant Pledge who are raising vital funds for the Royal Marsden Cancer Charity.

Whilst most golfers spend the majority of their time practicing long shots on the range, the key to scoring well is actually to improve your performance as you get closer to the hole.

Many scores at the end of the day will be determined by your success or failure from inside 100 yards.

Practice and monitor your progress from bays 2-5 (ground floor) and 28-31 (first floor) to the target areas set out on the range.  The flags are set into a 6ft square target for distances up to 50 yards and 8ft square beyond. Keep track of your progress and log how many attempts it takes to pitch the ball into each target area.  On your next visit to the range, see if you can begin to improve on your numbers and begin to see your scores come down next time you’re on the golf course!

(Above yardages allow for elevation and therefore become the ‘playing’ yardage)

History of the Wedge Range

The idea for this fantastic training drill comes from America by one of the world’s best coaches, Mike Bender.

In 2006, Mike needed to sharpen Zach Johnson’s wedge game. Since outstanding wedge play is about controlling exact distance, Mike installed concrete blocks giving immediate feedback when a ball landed on them. During Zach’s first session it took him 168 shots to hit every block. After many months of practice, he set his personal record, hitting all blocks in only 50 shots.

The Silvermere version is suitable for all golfers with larger targets and fewer of them.

TOP
We use cookies to ensure that we give you the best experience on our website. If you continue without changing your settings, we'll assume that you are happy to receive cookies.Yes that is fine Read More